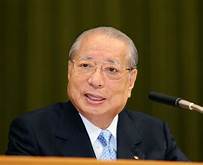 In order to rebuild economies and lives in a post-COVID world, we need to prioritize the expansion of social protection floors and build multidimensional resilience. Countries should work together to create a global society where every person can live in security and in peace of mind.

Instead of addressing each crisis situation in isolation, adopting a comprehensive approach provides a shared platform from which to develop new possibilities for the future. In his remarks to the Biodiversity Summit, UN Secretary-General Guterres identified the following as priorities:

First, nature-based solutions must be embedded in COVID-19 recovery and wider development plans. Preserving the worlds biodiversity can yield the jobs and economic growth that we urgently need today. The World Economic Forum signals that emerging business opportunities across nature could create 191 million jobs by 2030. Africa’s Great Green Wall alone has created 335,000 jobs. [75]

The Great Green Wall (GGW) is a pan-African project to develop a roughly 15 km-wide vegetation belt over a length of some 8,000 km across the Sahel region at the southern edge of the Sahara desert. It involves regenerating indigenous plant varieties and cultivating agricultural plots interspersed among them. Launched in 2007 by the African Union, this initiative has succeeded in restoring 20 million hectares of degraded land. [76] Some key results of this movement include creation of green jobs in such areas as tree-planting and agriculture; mitigation of persistent food insecurity due to desertification; and stabilization of health and living conditions. [77] The GGW project, which supports fifteen out of the seventeen SDGs, [78] is expected to enhance resilience in the Sahel as well as to evolve into an economic development initiative that benefits all people in the region.

Sharing the epic ambition of building the largest living structure in the world—slated to encompass 100 million hectares by 2030—African countries involved in the GGW project are reinforcing efforts to achieve the interrelated goals of post-COVID economic recovery, realization of the SDGs and meeting Paris Agreement goals for reducing greenhouse gas emissions. This massive endeavor is underpinned by the confidence that working with nature, even in challenging places like the Sahel, makes it possible to surmount difficulties and build a better world for the future.

OECD countries and others could engage in equally ambitious projects as they address and seek to overcome the COVID-19 crisis. According to World Economic Forum forecasts, the business opportunities arising from a transition to nature-positive socio-economic systems could deliver approximately 400 million new jobs by 2030. This figure includes 191 million jobs that could be created in areas such as food and land use alone, along with such transitions as developing resource-efficient infrastructure and expanding use of renewable energy. [79] It would be a highly positive development if OECD members were to further their collaboration with such key partners as Brazil, China, India, Indonesia and South Africa, in efforts to rebuild the world economy and ensure a safe and secure life for all.

The COVID-19 pandemic poses a great challenge to the UN Decade of Action to deliver the SDGs, which was launched last year. However, I am confident that humanity possesses the ability to transform challenges into the energy to create positive value. This is evident in the example of the people of Africa, who have come together in a united and sustained effort to restore degraded land, adorning the planet with a vast new swath of green.

Soka, meaning “value creation,” embodies our commitment as the Soka Gakkai to build a society whose guiding principle is the realization of happiness for both oneself and others through bringing into full play the human capacity to create value.

Describing the dynamism of value creation, Tsunesaburo Makiguchi (1871–1944), the first president of the Soka Gakkai, likened it to a “lotus flower in muddy water,” an image found in the Lotus Sutra. [80] The lotus flower blooms fragrantly, unsullied by the muddy waters from which it draws sustenance. This illustrates that however deep the chaos and confusion of the times, we can refuse to let this overwhelm us, staying always true to ourselves. The limitless power of value creation, which is intrinsic to life, enables each of us to transform our circumstances into an arena where we can live out our unique mission, imparting hope and a sense of security to all those around us.

The Japanese term soka arose from a dialogue between mentor and disciple—Tsunesaburo Makiguchi and Josei Toda—in 1930. From its beginning under the leadership of these two founding presidents, the Soka Gakkai has developed as a popular movement dedicated to the happiness of self and others that now extends to 192 countries and territories. The target year of the UN Decade of Action to deliver the SDGs—2030—coincides with our centennial.

Drawing upon the network of collaborative relations we have developed to date, as part of civil society we are wholeheartedly committed to working toward 2030 with like-minded people and organizations to accelerate the achievement of the SDGs and to realize a global society of peace and humane values.

[3] The Federal Chancellor, “An Address to the Nation.”

[21] WHO, “WHO and Partners Call for Urgent Investment in Nurses.”

[28] OHCHR, “Coronavirus: Human Rights Need to be Front and Centre.”

[37] NGO Working Group on Human Rights Education and Learning, “The Implementation of the Plan of Action and COVID-19.”

[39] UNICEF, “UNICEF to Stockpile over Half a Billion Syringes.”

[44] See Guterres, “Address to the Opening of the General Debate.”

[47] Toda, “Declaration Calling for the Abolition of Nuclear Weapons.”

[48] See ICAN, “First Committee Reaffirms Support for the Treaty on the Prohibition of Nuclear Weapons.”

[51] UN GA, “Treaty on the Prohibition of Nuclear Weapons,” Article 8.

Reply DarrylLaugs
4:20 AM on January 29, 2023
where to order modafinil celebrex.com cafergot medicine

Reply UgoMop
10:31 AM on January 28, 2023
azithromycin medicine over the counter